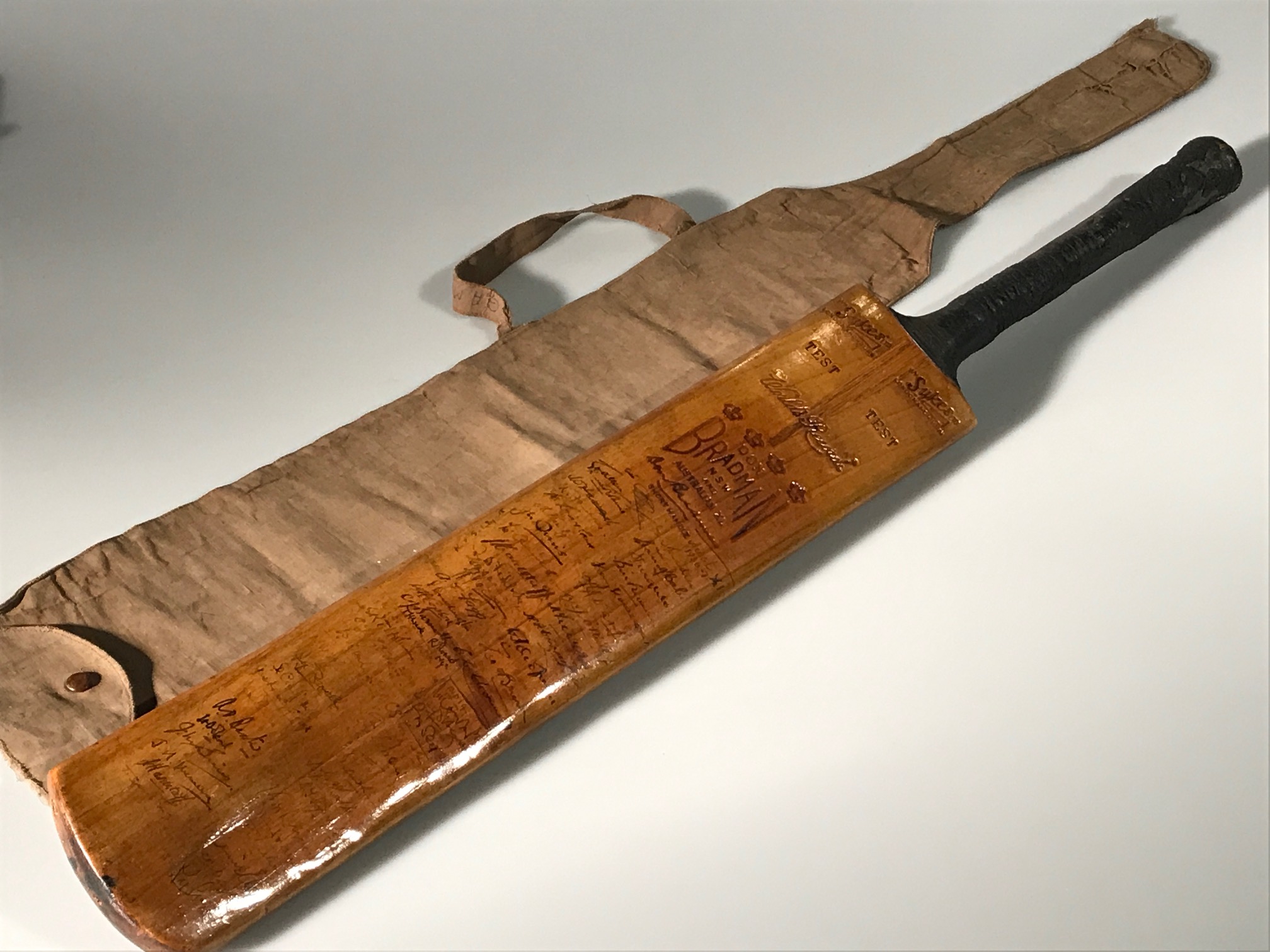 With spirited bidding from the many registered bidders from around Australia, Sir Don Bradman’s bat found a new caretaker. The final bid of $183,305 confirms this as the most important bat to come up at auction in many years, and in doing so, set a new world record. This was one of Sir Donald Bradman’s last Test Match used cricket bats remaining in private hands. The cricket bat was very much a favourite of Bradmans, spending almost 2 decades in his kit.